Responsive vs. Unresponsive Yoyo’s (2022) | Differences & Which One Is Better?

Yoyos can be fun and exciting, but buying the wrong one can be catastrophic.

When dealing with yoyos, two main types ensure you are satisfied whenever playing. These two types include responsive and unresponsive yoyos.

So, how do you distinguish the two?

What’s The Difference Between Responsive and Unresponsive Yoyo’s?

So, when generalizing the difference between the responsive and unresponsive yoyos, you’ll discover it’s not the type that makes them responsive or unresponsive.

The bearing will determine whether it comes back to your hand or not.

Think of a car engine, how would it look like without an engine, maybe a scrap metal, so is the bearing that drives the yoyos and ensures it comes back whenever you’ve pulled it.

So whenever you alter the bearing, you can make them responsive or unresponsive. When you fix narrow bearings, the Yoyo will always come back when pulled.

Contrary to narrow bearings, wider bearings do not initiate the automatic response, so one has to bind to make it come back.

When you want to invest in all-around yoyos with two bearings, you can enjoy both responsive and unresponsive options by merely changing the bearings.

Responsive Yoyos | What Are They?

As the name suggests, they respond, that’s is to say, they can come back to your hand whenever you pull them while spinning.

Because there are many tricks of throwing yoyos, using responsive yoyos can be a great deal for beginners as they haven’t grasped many techniques.

Using responsive yoyos, you can get the best out of the yoyo as you will not have to struggle with stabilizing the string. Throwing yoyos with responsive design is great no matter the skill level.

Unresponsive Yoyos | What Are They?

This is the best type of Yoyo if you want to enjoy yoyoing without limits, bedside, you can use your skills to get the best out of the yoyos.

Moreover, you make use of your tricks using the long spin.

So, to be precise, unresponsive yoyos don’t come back to your hand. However, you’ll need to perform bind to get it back to you and which is a skill best for the intermediate and pros.

Which One Should You Get?

There is a wide rift between responsive and unresponsive yoyos because each of them has unique benefits and features needed for specific tricks.

If you’re in a hurry here are the best options for you: 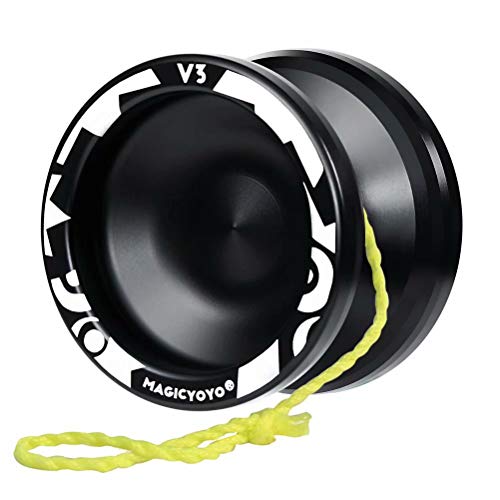 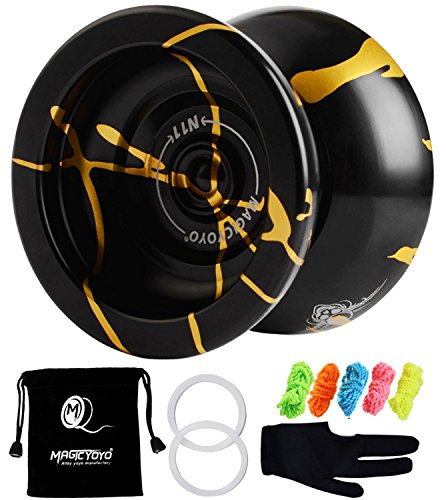 Here are our articles to see our top picks for each:

You need to assess where you are at in terms of skill level. Since you’re reading this article you are probably a beginner yoyoist which means you should choose a responsive yoyo.

What Are Responsive and Unresponsive yoyos Best For?

There are various ways yoyos can help you out. Before the Battle of Waterloo started, it was believed that Napoleon and his men relaxed using yoyos. The benefits of playing yoyos include

Can you make an unresponsive yoyo responsive?

How To Bind An Unresponsive Yoyo

Why Won’t My Yoyo Come Back?

To get your Yoyo to come back to your hand you need to apply a slight tug to allow the sleeping yoyo to return.

There is a rich history as far as playing Yoyo is concerned. There is recorded evidence that clearly states that these games were played long ago in Greece back in 5009 BC.

However, up to date, not any history has pointed out the existence of those s game in China.

Pedro Flores, a Philippine who owned Flores company is the brain behind the development of the modern yoyos we use.

Later on, Donald Duncan an entrepreneur bought Flores Company, and the fact is neither of them invented the Yoyos.

It’s believed that the Greeks and china invented the toy, which was commonly used by street entertainers.

So, from Orient., the doll traveled to Europe and other parts of the world, today it’s the best toy loved by children.

Yoyo has more than one role; the nobles made it using different materials which was a show of wealth while the poorly used Yoyo as a stress relief but all the same, it’s a good thing to own.

From ancient times to the modern generation where technology has taken effect, Yoyo has been developed, and you can find both responsive and unresponsive Yoyo.

It doesn’t matter your skill levels, because whether you are a beginner, intermediate, or pro, both can still match your abilities.

Yoyo has along with history; they are not just ordinary toy gifts you can give to your child; they can be beneficial as they will grow both mentally, physically, and psychologically.

Just remember before you get yourself a yoyo to get the type at your skill level. Beginners should get a responsive yoyo for an easier time getting starting and more advanced should maybe get an unresponsive yoyo depending on the tricks you want to perform.